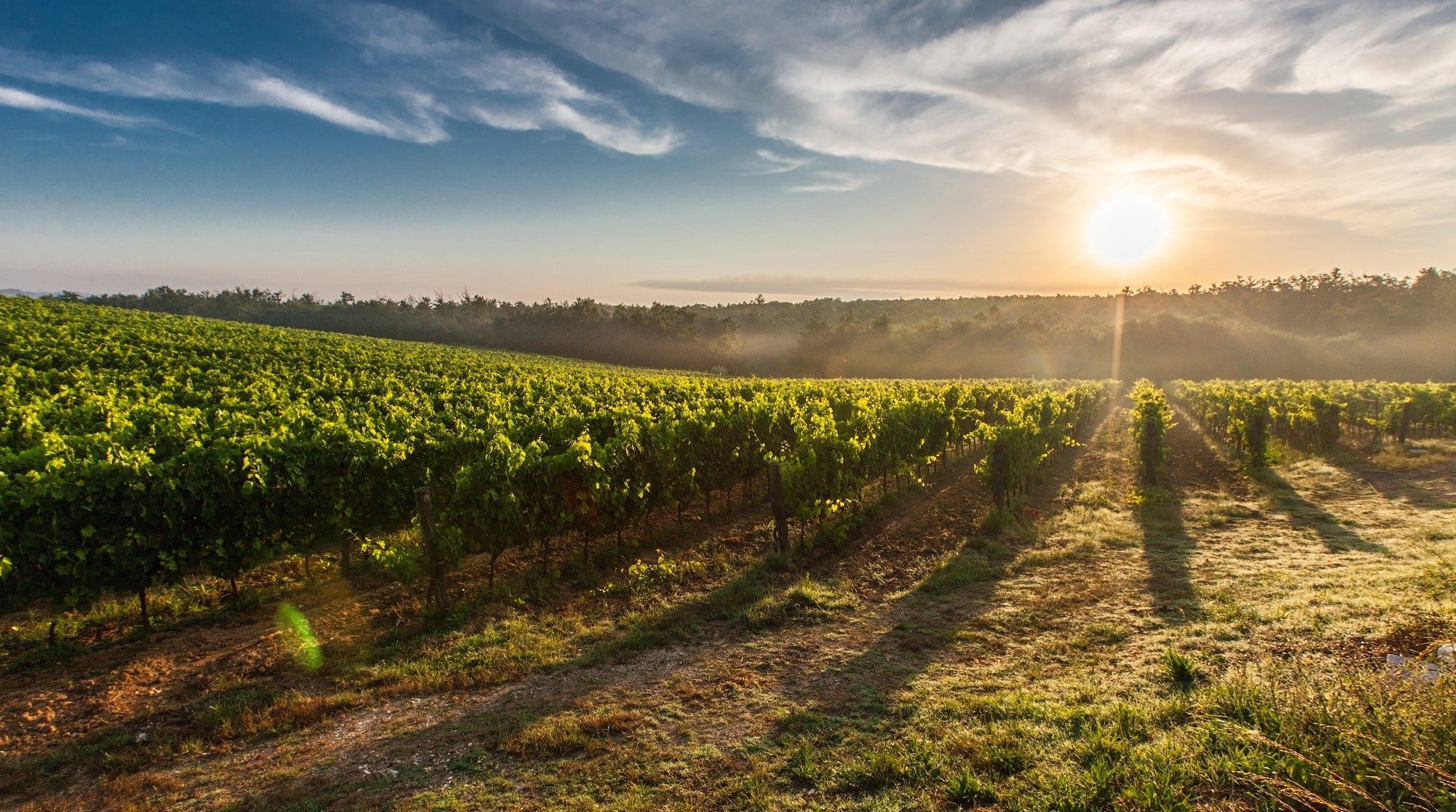 “…These last worked only one hour, and you have made them equal to us who have borne the burden of the day and the scorching heat…” – Matthew 20:12

Is there anyone that gets more sideways looks than a bandwagon fan? All along they mocked your team. They knew during that loss early in the season that you were a fool for wearing that jersey. They’d never cheer for that team. Then it happens. The season is almost done, everyone knows your team is going to win it all. Just like that, your coworker is your team’s biggest fan. He didn’t put in any effort to cheer them through the season. He wasn’t sweating bullets during that crazy overtime finish that sealed the spot in the playoffs. He didn’t sow any of the seeds, and now he’s trying to be part of reaping the harvest. Now that it’s widely accepted, he’s happy to join in.

Isn’t that exactly the feeling of some of the workers in the vineyard in Jesus’ parable recorded in Matthew 20:1-16? The first group started working early that day. They knew what they agreed to work for and got started immediately. Others were added shortly thereafter—they worked most of the day and shared much of the hard labor; sweating for hours under the blazing sun. More were added later, some even added with just one hour left in the work day. How could they be paid the same wage as those who’d been working all day long? It wasn’t even that hot anymore. Where is their sweat equity? How is that fair?

How is anything we’ve been given from God “fair”? What do we truly deserve? Death—we deserve to die in our sins (Romans 6:23). For God to be fair with us is something that we really don’t want. His only son was sent to die a horrendous death for sins he didn’t commit. Talk about something that isn’t fair… What grace and mercy God’s followers have been shown! We know the great love of God because we’ve experienced it. We know the price that was paid for us. We should be thrilled to share that gift with someone else, even up to the very last second of our work in the vineyard.

See, those early workers misjudged the attitudes of those last-hour additions. They weren’t relishing in the fact that they got paid the same wage for a fraction of the work. They knew they were blessed to be given a position in the vineyard, and they put in as much hard labor as the remainder of the day allowed. They simply weren’t aware that the vineyard was hiring (Matthew 20:7). They didn’t hear the call to join the work until that final hour. If they had recognized or been given the opportunity earlier, they would have jumped at the chance.

The fact is, not everyone is going to recognize the Kingdom or it’s worth right off the bat. Many won’t. The Kingdom of God is not like the kingdoms of this world. It doesn’t come with the bells and whistles with which the world defines a powerful and attractive empire. It starts off as something as unassuming as a mustard seed, the smallest of all seeds (Matthew 13:31-32). Who wants to join the team that appears so small and insignificant? How does something like that stand a chance? What impact could it possibly have on the world around it? Won’t it always be outnumbered, overpowered, and destined to fail?

Nope. That upside-down, unassuming kingdom, the Kingdom of God, is everlasting, and it will never be destroyed (Daniel 7:14). God wins! Paul writes in 1 Corinthians 15:24: “Then comes the end, when [Christ] delivers the Kingdom to God the Father after destroying every rule and every authority and power.” Those authorities that seem to the world almighty and indestructible will be crushed by the eternal Kingdom of God (Daniel 2:31-45). That tiny mustard seed actually grows into the biggest plant in the garden, towering over everything else that was planted.

Wouldn’t you want to be in on that from the beginning, before it’s widely known and accepted? Part of the joy of a championship win is experiencing every turn it took to get there. You may have even played a role (albeit possibly only very small) in the overall effort. There’s a cost to following through all the way to the end, of course, including being ridiculed after that one embarrassing loss. But you’re happy you paid it in the end. Sharing in that final victory is more than worth it. The longer you’d been a fan, the more pain you experienced during those dark seasons—that just translates to more joy and reward when that great victory is finally realized. A bandwagoner just can’t really share in that, can they?

Jesus’ first disciples had an awesome opportunity to be part of something special from the very beginning. Jesus brought the Kingdom of God to earth (Mark 1:15). His mission was to proclaim that Kingdom (Luke 4:43; 8:1). He commissioned His disciples to proclaim it to the world around them, perhaps even before they had a full grasp of it themselves (Luke 10:1-12). The gospel of the Kingdom was proclaimed boldly during the few years of Jesus’ earthly ministry. He commissioned more of His disciples to assume their role in the Kingdom by continuing to proclaim it boldly to the world as He ascended to His throne in Heaven (Matthew 28:19-20).

Even today, there’s an important role to be played in God’s Kingdom, as we grow ever closer to the end of life on earth as we know it (Romans 13:11). Kingdom people are still His ambassadors to the world (2 Corinthians 5:20). He chose imperfect people, “jars of clay” (2 Corinthians 4:7), to hold that treasure and display it to the world. The cost? Your life on earth, however much is left. The spoils of victory? Eternal life with God in the eternal Kingdom (Matthew 16:24-25; Galatians 2:20). What an uneven trade…

Despite any widespread proclamation of the final victory, there will be people that only realize who wins after the season is over. They won’t have the chance to represent those colors, but they will ultimately recognize who the true champion is. As Paul writes in the letter to the Philippians (Philippians 2:10-11): “At the name of Jesus every knee should bow, in heaven and on earth and under the earth, and every tongue confess that Jesus Christ is Lord…” Widely accepted by all in the end, because it is the ultimate truth that many simply deny.

What should Kingdom people’s response to that fact be? We should be rooting for bandwagoners! We should be proclaiming the Kingdom as God’s ambassadors until the final whistle blows. There is room at the victory celebration. God is patient, and God is gracious (2 Peter 3:9). Our mission is to display the Kingdom, where the last will be first and the first will be last (Matthew 20:8,16; Matthew 19:30; Luke 13:30). We proclaim God’s eternal victory so that as many people as possible might join us working in the vineyard, regardless of how much time might be left in the workday. Any distractions from our mission may mean less potential bandwagoners get the message in time to make the choice to jump on board. After all, “the harvest is plentiful, but the workers are few” (Matthew 9:37). The Kingdom needs workers for the harvest, even those that are jumping on the bandwagon—because in reality, isn’t that what we’re all doing these days?

Today, those imperfect jars of clay that God has entrusted the treasure of His Kingdom with are people who at some point in their lives realize what Jesus ushered into the world 2,000 years ago. Bandwagoners that missed the part before the truth was revealed in full. Missed the part before we could hold the full revelation of Scripture in our hands. There was a time when the Holy Spirit was yet to be granted as a gift to live within the believer—we missed that part. We missed the part where our Savior would be nailed to the cross while the world mocked His followers who had proclaimed that He was the Son of God. “Some king,” the world thought. Some King, indeed.

The end is written; we know how the story ends. God wins. No, we aren’t bandwagoners in the sense of an insincere allegiance. The Kingdom has no place for that (Luke 9:62). We are simply late to the party. Just like the workers who were hired late in the day, it is not necessarily any fault of our own. We have an awesome God who is offering us the same wage as those disciples who have gone before us—eternity with Him in His eternal Kingdom (Romans 6:23). We have the luxury of knowing the end before we begin. Jump on the bandwagon with me, and let’s look for others!

For I am not ashamed of the gospel, for it is the power of God for salvation to everyone who believes, to the Jew first and also to the Greek. For in it the righteousness of God is revealed from faith for faith, as it is written, “The righteous shall live by faith.” – Romans 1:16-17