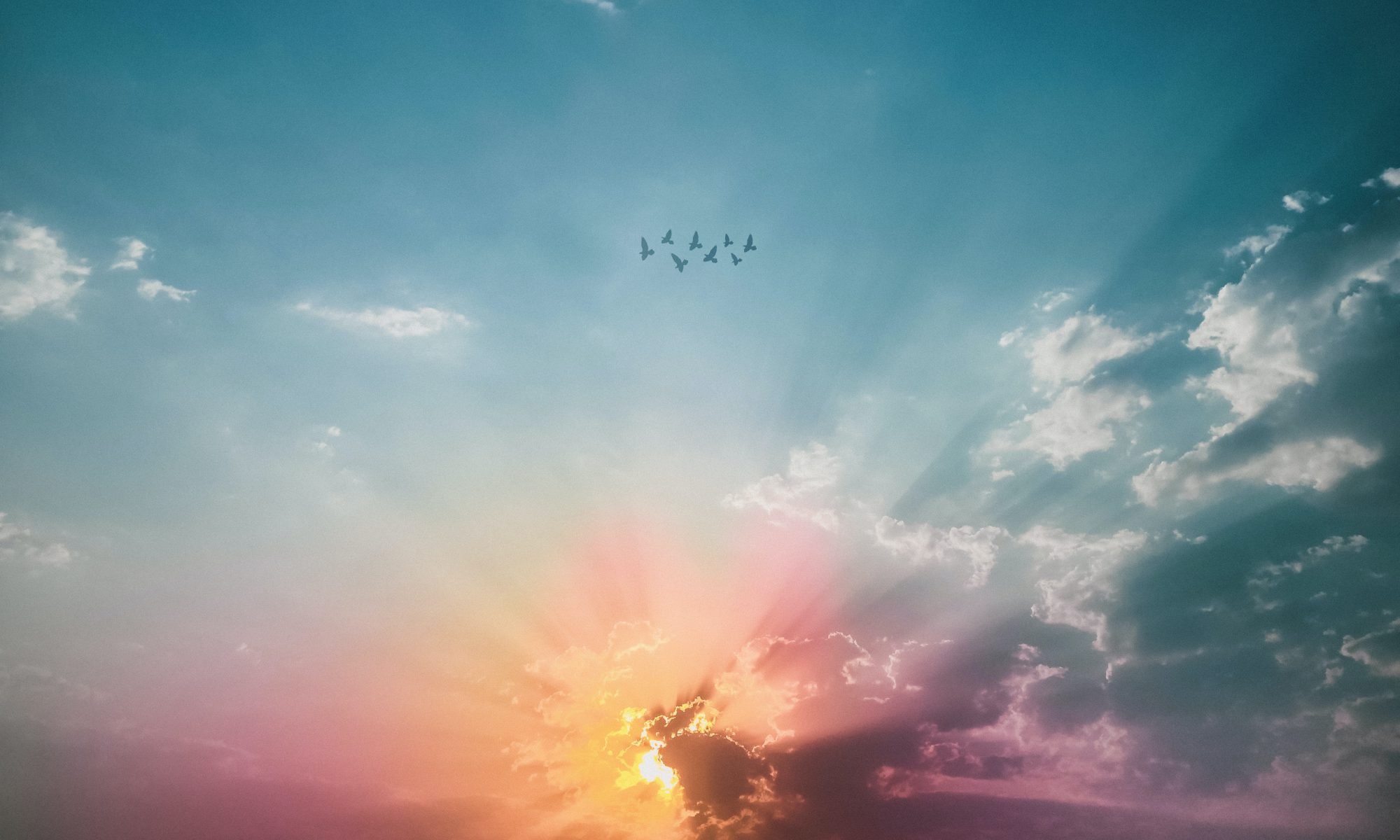 “[God] has delivered us from the domain of darkness and transferred us to the kingdom of his beloved Son, in whom we have redemption, the forgiveness of sins.” – Colossians 1:13-14

The domain of darkness—the rule, authority, dominion of darkness. This is the same dominion that came to arrest Jesus in the garden and later crucify him (Luke 22:52-53). The same darkness that is so easy for us to love and be trapped in, without even knowing it’s a trap. In darkness, we feel our selfish desires and deeds are safely hidden away (John 3:19-21). Satan provides that false sense of security there—he wants us to feel comfortable in the dark. But Satan’s power pales in comparison to God’s. When our eyes are opened, how can we help but turn to the light (Acts 26:16-18)?

Praise be to God that he has delivered us from that dominion. We don’t belong there anymore. He has set us free. He has transferred our citizenship to the kingdom of light, where his Son reigns as our King. We will still wrestle with this darkness. We live in a world where darkness surrounds us. But God is sovereign over it all. He gives us strength, he gives us wisdom, he gives us faith and endurance. He gave us his Spirit to dwell within us. No matter what the darkness throws at us, we can rest in the true peace and security of our glorious kingdom and King. Ephesians 6:10-20 paints that picture well.

Jesus put this short statement in Colossians 1:13-14 on full display as recorded in John chapter 9. A man blind from birth, who literally knows only darkness, is met by Jesus and some of his disciples in Jerusalem. As was common in that day, it was assumed that his condition (as any type of suffering) was brought about by sin in his or his family’s life. But no, Jesus says that the blind man is here so that the works of God might be displayed in him. Jesus has already proclaimed that a new Kingdom, God’s Kingdom, has come (Mark 1:14-15). He said HE is the light of the world (John 9:5), and he was about to display the deliverance from the kingdom of darkness and transference to the Kingdom of Light through this blind man.

Jesus mixes up some mud and rubs it in this guy’s eyes. What would you think if someone did this to you? You’re born blind, and some random guy says “hey, let me rub this in your eyes.” Sounds crazy. But this guy literally had blind faith. Jesus told him to go wash in the pool of Siloam. He could have just snapped his fingers (or less) and the guy would be able to see. But Jesus wanted him to respond in faith. I believe this was a precursor to being washed in baptism. His faith in Christ, before he even knew who Jesus was, healed him (Ephesians 2:8).

Now, the dominion of darkness does not like to lose parishioners. The deliverance of the blind man stirs up the agents of darkness all around. The striking thing here is who is playing that role of the agents of darkness—the Pharisees, supposed men of God whose whole mission in life is supposed to be to hold up God and His laws as supreme. There are, of course, many examples of just how far this group as a whole had fallen from that. But this should highlight for us that even with the best intentions at the outset, we must be on guard that we don’t end up serving the wrong kingdom.

The Pharisees are clearly threatened by the great miracle that has occurred. They try to discredit Jesus since this work was done on the Sabbath and claimed that he couldn’t be from God. Some Pharisees didn’t buy that argument, knowing that a sign like this could only come from God. They summon the formerly-blind man’s parents, who didn’t even want to get involved because they were so afraid of the power of the Pharisees.

Calling him back for another interrogation, he gives this wonderfully simple testimony—“One thing I do know, that though I was blind, now I see” (John 9:25). How awesome. Someone should write a song with that in it…

He goes on to expose the shallowness of this group of religious leaders. They should have superior knowledge and understanding, and yet they have no idea who the miracle worker is. The blind man’s eyes were opened, and he already has deeper spiritual insight than these learned, pious men. How much we can learn from this—from both the angle of being confident in our faith, knowing that we don’t have to have complete understanding to proclaim the truth within us, and also that we dare not become prideful in our understanding as if we have it all figured out. We see because He opened our eyes, not because we opened them ourselves.

“For God, who said, “Let light shine out of darkness,” has shone in our hearts to give the light of the knowledge of the glory of God in the face of Jesus Christ.” – 2 Corinthians 4:6

The formerly-blind man was kicked out of the synagogue. The truth of his story would distract the people from blindly following their blind guides. Let this be a lesson to all of us in the Kingdom of Light: we will be hated by many who refuse to believe. Jesus said in John 15:18-20 that we shouldn’t be surprised to find that the world hates us. The world hated him first and they will hate us because we follow him. If we find that the world loves us, we need to check where our allegiance lies…

That persecution is part of the suffering we will endure during this life on earth. But what an awesome prize we have to gain when Christ’s glory is fully revealed! (1 Peter 4:12-14) What an awesome day it will be when every knee will bow and every tongue confess that Jesus Christ is Lord, is King over all. (Philippians 2:10-11)

Much like this blind guy, we were born into darkness in this world. If it weren’t for God and his Son, we would only know darkness. Praise be to God that he opens the eyes of the blind (Psalm 146:8).

When Christ opens our eyes, we see that he is worthy of our worship just like the blind man did (John 9:38). We see that he is worthy of our very lives. Paul says in Galatians 2:20: “I have been crucified with Christ. It is no longer I who live, but Christ who lives in me. And the life I now live in the flesh I live by faith in the Son of God, who loved me and gave himself for me.” Because the “gospel,” the good news, isn’t just that we have forgiveness in Christ through his sacrifice so that we can “go to Heaven” one day. The good news is that God’s Kingdom has come! The King has come! And that King is offering us citizenship in his eternal dominion. We get to take part in that citizenship right now. Right where we are. He has already delivered and transferred us. Our eternal life has already started. What kingdom are you living for?

But you are a chosen race, a royal priesthood, a holy nation, a people for his own possession, that you may proclaim the excellencies of him who called you out of darkness into his marvelous light. – 1 Peter 2:9